A Culinary Celebration for the Changing Seasons – Pozole Verde

As we head toward fall and the changing seasons, many of us are thinking about soup and comfort food recipes as we unwind from a busy summer.

At the Hawthorn Tree, we are fortunate to have a plethora of ingredients to craft some incredibly delicious recipes and an accomplished chef in Cheyenne who happens to love herbs too.

Marie Hunt is a graduate of Johnson and Wales University and, bonus, a budding herbalist. We asked Marie to test some recipes using herbs and spices from our apothecary.

Marie’s first dish was nothing short of amazing! She chose to use Epazote, Chenopodium ambrosioides incorporated into Pozole Verde. Epazote is a traditional herb from Central and South America and Pozole dates back to the Aztecs who traditionally prepared it for celebrations to the gods, a good harvest and the changing seasons. Hominy, one of the main ingredients in Pozole, was one of the first gifts given to European settlers. 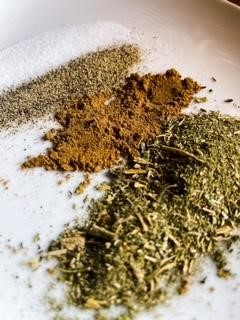 Epazote, Chenopodium ambrosioides, also known as goosefoot, Jerusalem oak, Jesuit tea, wormseed and Mexican tea is both a culinary herb and historically used by the Mayans as a digestive remedy and an anthelmintic (used to destroy parasites). Its anthelmintic properties are thought to be due to its ascaridole content.*

While some find Epazote overpowering by itself, its hints of lemon, oregano and mint are wonderful when incorporated into soups, and main dishes. Many recipes say to use Epazote as a substitute for Mexican Oregano. Due to its carminative effects, it is often used in bean dishes to combat the uncomfortable side effects.

When we tasted Marie’s Pozole Verde we were left wanting more. We think you’ll find this dish an excellent fall favorite.
*These statements have not been evaluated by the Food and Drug Administration. This product is not intended to diagnose, treat, cure or prevent any disease. If you have a medical condition, please seek the advice of a medical practitioner.

*CAUTIONS: Epazote is not recommended for pregnant women.

Base Ingredients:
2lbs. Chicken Breast
2 Bay Leaves
Salt to taste
Half a 50 oz. can Hominy(Optional-1 onion and 2 cloves garlic) 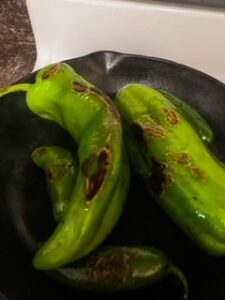 Be creative and add any of your favorite toppings and enjoy! 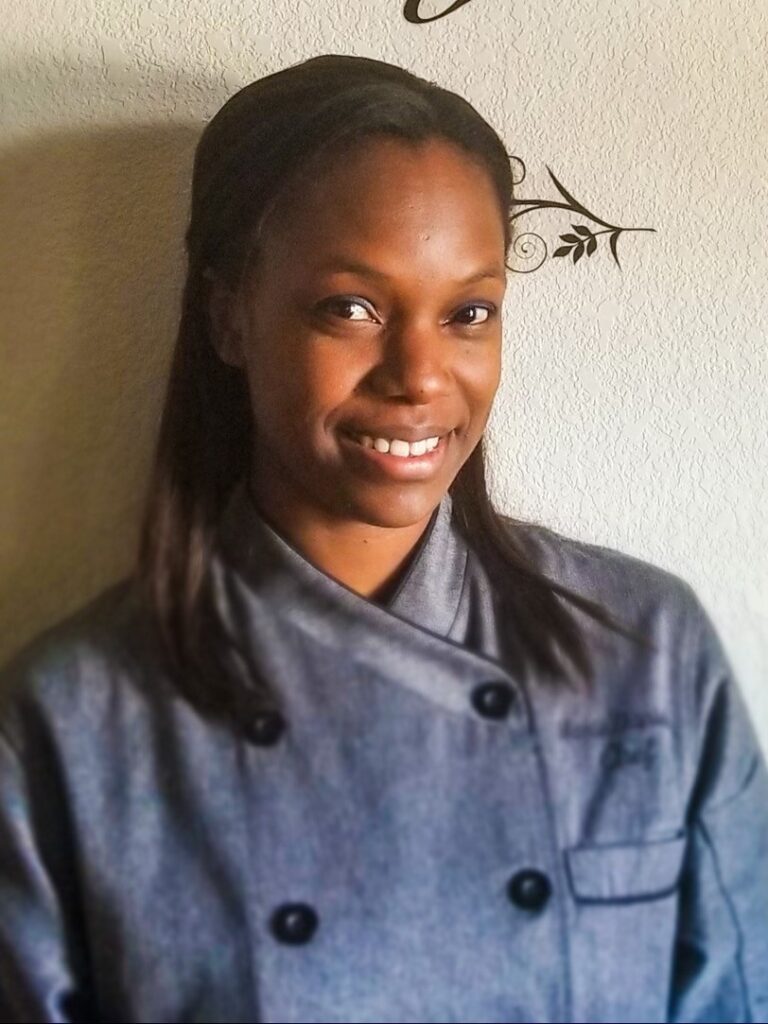 Marie Hunt is a graduate from Johnson and Wales University and has an Associate of Science in Culinary Arts and a Bachelors in Culinary Nutrition. She received the Emeril Lagasse Scholarship based on a recipe submission and interned at his restaurant in Las Vegas. Marie was a personal chef for more than ten years, worked in clinics and private homes, worked in test kitchens and as a content creator for recipe development. Marie lives in Cheyenne, Wyoming with her husband Evan and loves working with herbs.

Page load link
COVID-19 UPDATE: We are open! Stop by and see us or order To Go online!